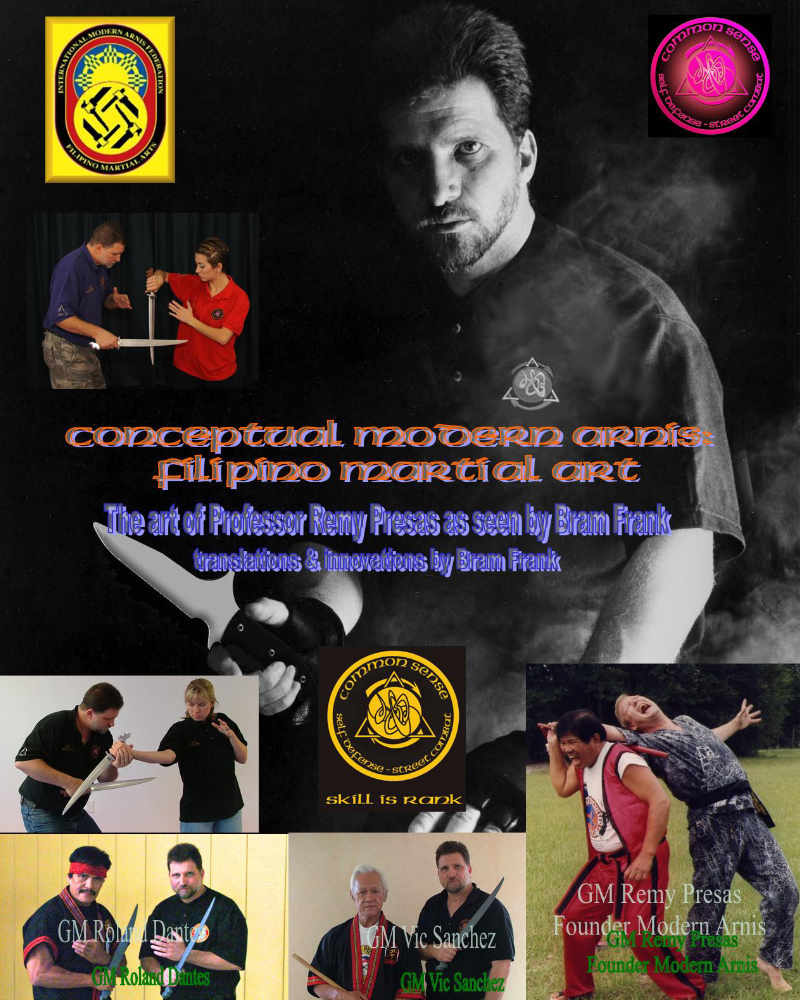 This is a downloadable Product!

A seldom seen view of Arnis/Modern Arnis the Filipino fighting art of Professor Remy Pesas as seen by 1st Generation student / Senior Master Instructor, Grandmaster of Arnis: Bram Frank. Modern Arnis is seen through the perspective of the family art of the Bolo and knife,(edged tools) rather than a stick. The art of the blade as hidden in Modern Arnis based on the family style of Bolo is shown. The Presas family was known for teaching bolo to the brigades during WWII. Bram was named by the last of the Presas family GM Roberto Presas and The Worldwide Family of Modern Arnis and Filipino Martial Arts Council as the Guardian of the Legacy of Presas bolo. Bram's innovations and translations are shown: the same as he teaches at the FMA festivals in the Philippines. Some history of Modern Arnis in the USA is told.